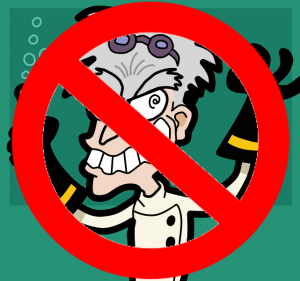 In this scene, little Karen begins thinking about the Child Study Team and how she will deal with these evil doctors, who want to enrich themselves by performing unnecessary surgeries on disabled children. (Image courtesy of Pierre-Alain Gouanvic, CC BY-SA 3.0, via Wikimedia Commons.

She knew that the Child Study Team was supposed to improve her education by making sure that everything was customized just for her. She knew how proud the school was to be among the first to use this new approach of bringing in experts to advise them on how to help each child as an individual. But to her, it felt like they were using her and the other kids as guinea pigs, and that the real reason the experts showed up was to collect their fees.

The doctors derived fees for surgeries and from referrals to other surgeons. Motivated by greed, they tampered with the bodies of disabled children, and then disguised their unnecessary surgeries as treatments. Of one thing, Kitten was certain. She did not want any unnecessary operations on her left arm and right leg. Several of the doctors had recommended surgery to Mama, before, and Kitten knew instinctively how she had to react. She was not going to come across as a phony, brown-nosing kind of girl. She was not going to allow unscrupulous physicians, who treated her with little respect, to cut her into pieces. She was going to stand up for herself.

She remembered the battle to give her control over the locks on her leg brace. When she was three, the doctors had put her into a brace that kept her left leg straight twenty-four hours a day. It was supposed to help her stand and walk. She had to sleep in it, and when she walked she had to hike up her left hip with every step. The brace also contained a knee pad that kept her from flexing her knee even a tiny bit. By the time Karen was five, Mama could see that she was never going to learn to walk normally if she could not bend her knee. The doctors were against removing the pad or allowing Karen to bend her knee because their guidelines said to keep her leg rigid. Mama had to argue with them. They wanted to follow their theory whether it helped Karen or not. They never admitted that their ideas might need changing, though they eventually gave in. They removed the pad and made the locks adjustable so Karen could make the brace rigid or flexible as needed. She immediately began walking more normally. This experience gave her proof that she should not believe everything the experts said.

Now that she had clarity concerning her foreboding, she wanted to take command of her destiny. That was critical, right now. Karen’s thoughts traveled back to the experts. She knew that she would have to see them whether she wanted to or not. That was just how life was, especially in the second semester of the school year. In their vulture-like glory, they would descend upon the school and its handicapped students.

Oh, how that term, handicapped, rankles me. In fact, every one of the experts rankles me, except the one understanding soul among them, Mrs. Athena Pinzetti.