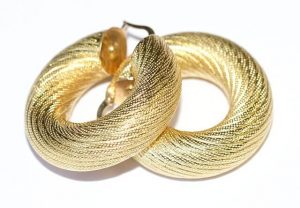 You can probably guess from this short scene introducing a new character, that she will turn out to be much darker in spirit than she first appears. Read on…
(Image by sarakgraves via Pixabay.)

As the bus continued its journey from her new home to her school, Karen recalled when she first met Mrs. Pinzetti, the physical therapist who replaced Mrs. Schmidt.

The new physical therapist was a nice lady with a kind manner. Mrs. Pinzetti always dressed well and wore perfume, makeup, and big golden hoop earrings. She usually wore a sweater with slacks under her white coat with the Physical Therapy patch on the left shoulder. Athena Pinzetti was beautiful, so beautiful that a sculptor could have chiseled her out of marble. Her thick, black hair was styled in a fashionable contour cut, with the back shorter than the sides. She had an olive complexion and thick, lush lips. She also had a round scar below her high left cheekbone. It was not a birthmark, but a small area on the surface of her skin that stood out, so unusual in color and form that people stared at it.

She stretched Kitten’s left arm and leg gently, and she promised never to hurt her. She called her Sugar and treated her with the greatest respect. Karen thought she was almost as wonderful as Miss Kimiko. However, as nice as Mrs. Pinzetti was, she did not have Miss Kimiko’s happy spirit. Her sullen, resentful irritability came and went. As time passed, she developed a dry cough and began clearing her throat constantly. Karen wondered if the smog were bothering her. One wrong word or a frown set off her temper. Her voice became whiny and demanding, and as she became more negative her constant use of the phrase, “Please come this way with me,” became a snarl.