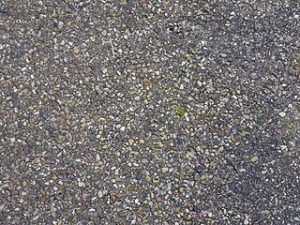 In this scene, the race begins, Karen’s badly designed leg brace locks and throws her face down onto the playground asphalt. She struggles to regain her feet, but the stampeding children trample her.

Within seconds, a blast from Mrs. Proctor’s starting pistol signaled the beginning of the race. Everybody was off, including Kitten—but instead of running with the other children, she took two steps and fell. She had shuffled her right foot, which tripped her left and shook loose the locks on her brace. The brace had locked, and she had toppled forward hard toward the asphalt. She had fallen many times in her life, so she knew how to react. Pivoting to the left, she broke the fall with her strong right hand. She lowered her right elbow to the surface for additional support and immediately pulled her right knee up, so she could get her strong leg under her and stand. She was confident that she could rise quickly, adjust the brace, and continue in the race.

The trampling came from behind, as the other children raced over her. The first collision knocked her flat. She felt a heavy foot stomp on the middle of her back, as a child tripped over her. Another foot grazed the back of her head. She pushed with her right hand, trying to raise her upper body, but could only watch as feet in sneakers stepped on her outstretched fingers. Her left hand had landed by her side, palm down, and was also crushed flat by the trampling feet. As more footsteps landed on her back, legs and head, she got both hands under her face to protect it from the asphalt. With complete determination, she kept pushing up, now simply trying to escape, but the relentless avalanche of children immobilized her on the asphalt.

As suddenly as it started, the trampling ended. She looked up to see the other children racing toward their prizes. Tears burned her eyes. Her ears rang from the kicks to her head and the shouts to get out of the way. Her left hand pulsated, red with pain. Normally, the fingers were slightly curled. They could not straighten on their own. Now, the fingers were completely straight and stinging in agony.

As she rolled onto her back and sat up, Mrs. Proctor and Mama arrived. Kitten looked up at them, and then down at her once pretty pink overalls, now torn and dirty rags. Her right knee and both of her elbows bled from scrapes. Gravel was embedded in both knees and palms.