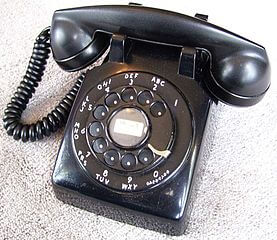 This scene is another turning point in the story, as Mama decides she has to tell the principal of her daughter’s school what the experts are planning for her and for her friend Tammy.

After finishing her ice cream, Mama brought her mind back to Karen’s school. It served over three hundred students from all over Western LA and Santa Monica. Even though the children had a wide range of disabilities, most of them were in mixed classrooms—mixed in the sense that they had different disabilities—not that there were any non-disabled students in the school. The Down’s syndrome students had their own classrooms, according to their degree of retardation, but Karen and the others shared classrooms that were as normal as possible. The school had classified about thirty children, including Tammy, as severely disabled.

The school’s principal, Stephanie Sinclair, was a good person, and so were the teachers. However, even though the school served only handicapped students, none of the teachers had training in learning disabilities. They were good with physical issues, but unable to help Karen with her dyslexia. Karen needed new instructional methods and one-on-one tutoring. She needed the school to hire a specialized teacher who knew the new techniques and could develop Karen’s confidence so that she would rediscover her love of learning, rather than forcing herself to trudge through her lessons.

Mama did not like asking favors, but she knew that if she did not make a stand, then no one would. Most of the other parents had unrealistic hopes that they would be able to care for their children as long as the children lived, but even disabled children normally outlived their parents. Karen had the potential to become an independent adult, and even to help others, but she had a lot to learn before then. If Mama could not get her on track, academically, she would never be able to earn her own way.

She also needed to make sure that her Krana Layala had interpreted what she overheard correctly. Perhaps there was some other explanation. And, if not, then the principal needed to protect the students from the experts.

The next day at work looked easier than today had been. She could take a little time off. Dialing the principal’s home phone number from memory, she made an appointment for the next morning. Then she phoned her boss at home to let him know that she would need to take some time off. After hanging up, she sighed. Karen’s situation was difficult, but they would persevere. She never gave up, and she knew that Karen was the same way. She would advocate for Karen and teach Karen how to advocate for herself. Regardless of how the meeting with Stephanie Sinclair went, she would get Karen the help she needed.

My dear, sweet Kitten needs help with her academics more than with anything else in this world. She will never become independent without it. I need to get my daughter as strong and capable as I can before I leave this planet.